Tin Cupfuls of Pearls by the Yard
Happy New Year! Orders placed between Jan. 2-9 will be mailed on Jan. 10. Thank you!

Tin Cupfuls of Pearls by the Yard 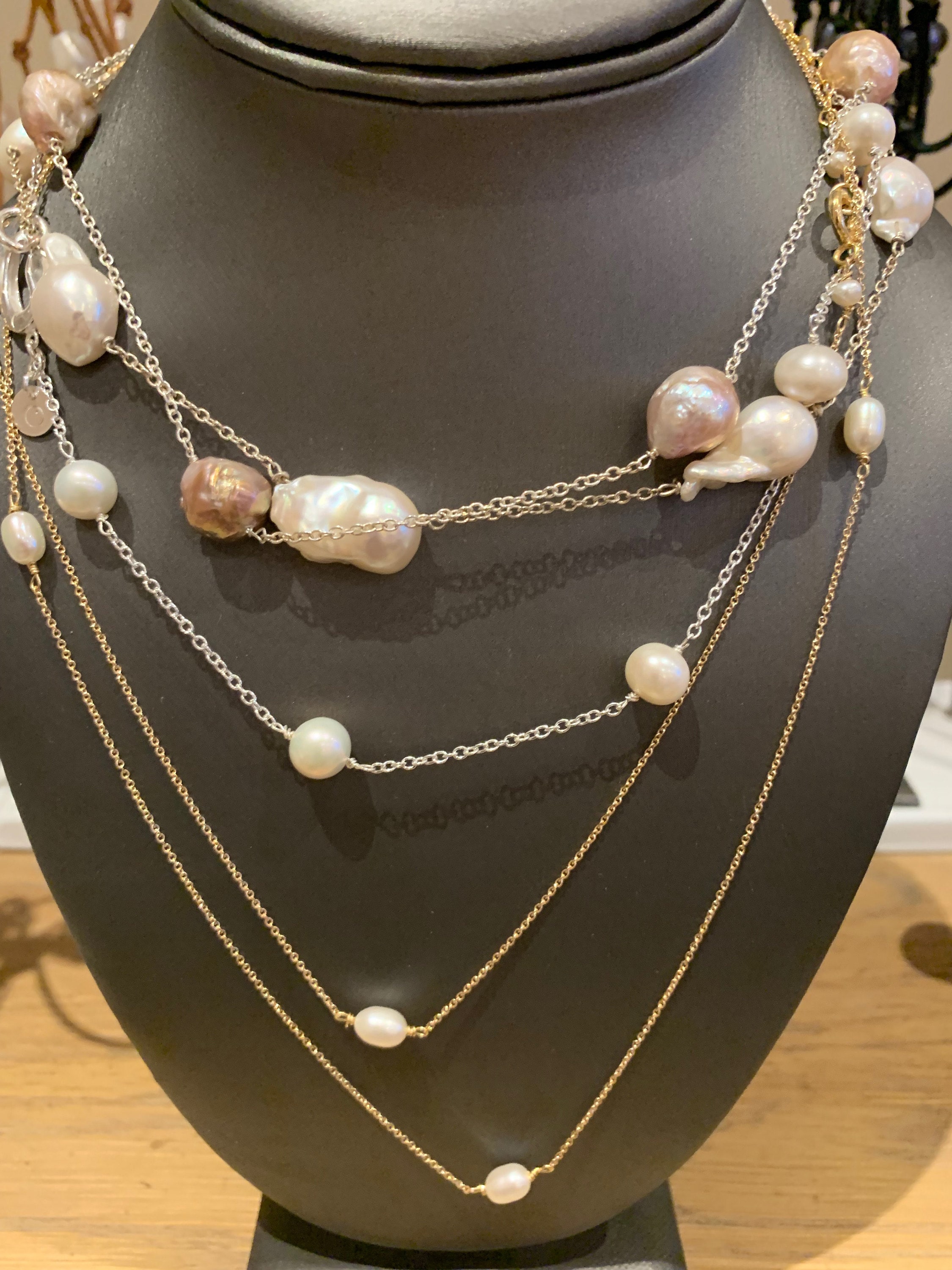 "I don't think it's ever going to stop being popular ... it looks good on everybody," said jewellery designer Wendy Brigode, speaking about the spaced-out pearl necklace she created in the early 1990s. Renee Russo wore in the 1996 film, Tin Cup, and shortly after, it became an accessory staple.

While that movie gave a second name to the "station" necklace made with pearls, it was Elsa Peretti who first came up with the station style -- albeit with diamonds -- for Tiffany & Co. in 1974. (Halston gave it the moniker, Diamonds by the Yard.)

The station style is a staple, and I had three in my collection 20 years before Daily Pearls. My favourite is a 17-inch gold chain with a dozen Tahitian pearls. I bought it in the Fine Jewellery department at Nordstrom Tysons Corner. They invited me to sit down.