Elusive - and Enormous - Baroque Pearl Studs
Happy New Year! Orders placed between Jan. 2-9 will be mailed on Jan. 10. Thank you! 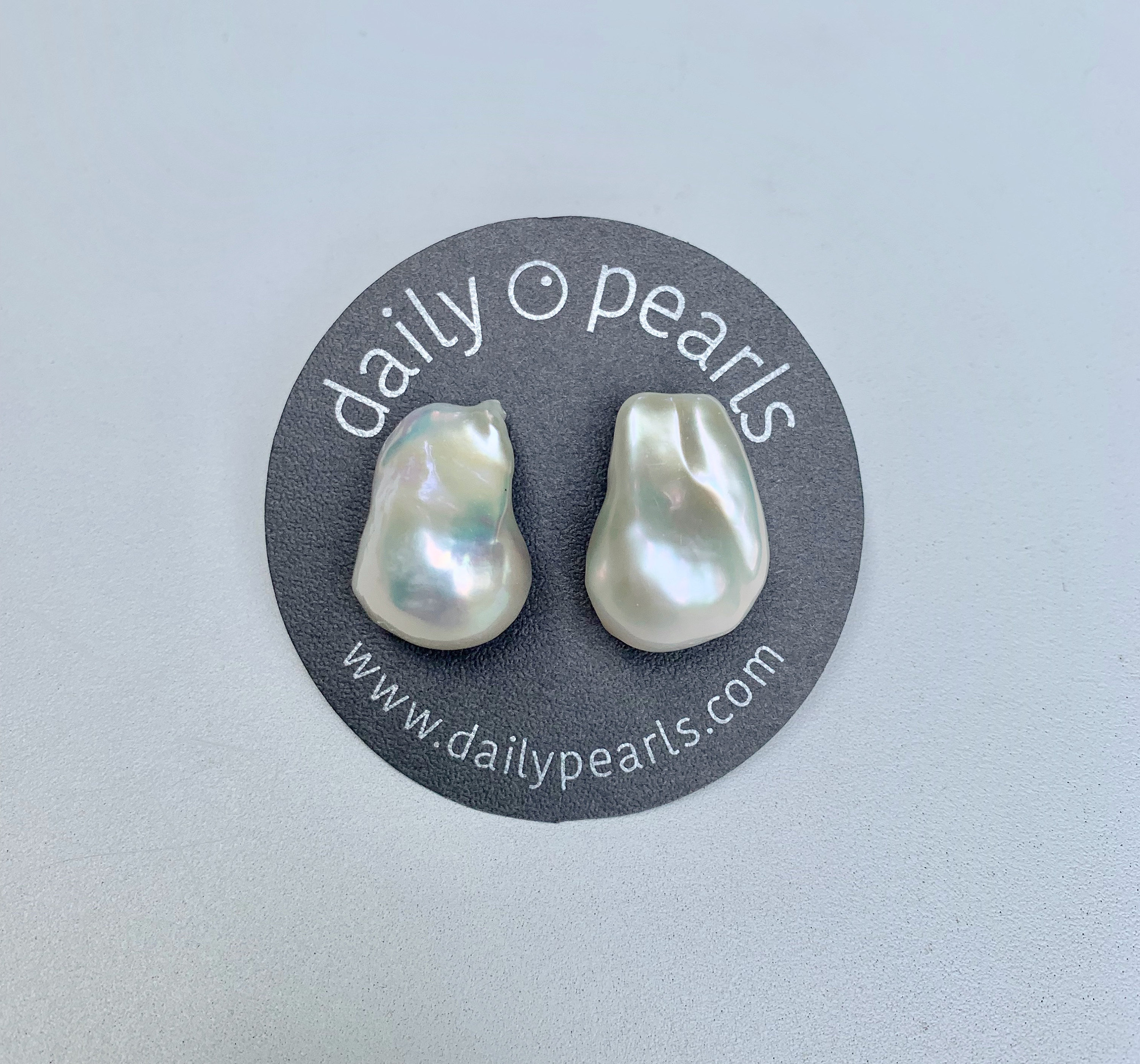 Two years ago for Christmas, my husband gave me beautiful, huge freshwater pearl drops. They're gold structured drops, with a small diamond at the bottom of each of the pearls. I love them, and love wearing them at night.

These are the earrings that made me want a huge pair of baroque pearl studs for daytime wear. The few options I found were very expensive (and in L.A.) and "similar to these" (and on Etsy). I hadn't actually seen them on anyone, but I knew they were out there. Frustrated, I decided to try making them myself, and Daily Pearls was born.

Four months later, I watched a woman joined us in the U.S. preclearance line at Toronto's Pearson airport, and there they were. Hanging next to her beautifully made-up face, topping off a classic-chic outfit. By the time I recovered from my excitement, we were about to be called up. I didn't see her again.

But she inspired me to get back on my intial quest. I found a woman in China who was willing to work with me on my request, and a few weeks after that, my first pairs arrived in the mail.

I found a professional jeweller to drill and affix the backs, and the perfect extra large, supportive backs.

And are they as fabulous as I hoped they would be? Yes, they are.